To the SSMU Board of Directors,

It is with dismay that we — the undersigned — write to express our disapproval and frustration with the recent decision by the Judicial Board to invalidate the results of QPIRG’s fall 2011 referendum question. As students and members of the McGill community, we are fully aware of the outstanding work done by QPIRG. We know that this decision by the J‑Board will adversely affect campus life by severely impeding QPIRG’s ability to function in a meaningful way. We are also angered by the way in which the decision was determined, as well as the reasoning provided. We also see deeper problems with the J‑Board itself — its structure and its very existence.

From the onset of the case, the impartiality of Justice Szajnfarber was brought into question, due to a previous incident with OPIRG Ottawa. The reasoning presented in the rejection of the recusal of the justice included that :

comments about various groups and institutions, especially ones that are

unaffiliated with groups at McGill, would drastically limit the number of available and experienced individuals to serve on the Judicial Board. »

This argument ignores that Szajnfarber had an incident with a PIRG, not just any organization. Szajnfarber publicly noted that the funding structure of OPRIG Ottawa should be reviewed after Hilel Ottawa, which Szajnfarber was president of at the time, was denied funding for an event. As the current case concerning the QPIRG McGill 2011 referendum is inextricably tied to QPIRG’s funding, a conflict of interest is apparent. More importantly, if there was such a concern over the impartiality of the justice, another justice should have been selected, since only three out of five judges are needed to rule on a case.

In the decision itself, J‑Board acknowledges that QPIRG’s existence is threatened by the current opt-out system. The ruling states, « It is not whether QPIRG‑M believes that the existence question and online opt-out question are so linked as to make them one issue. It is, rather, whether the reasonably informed average voter would agree that, taken together, they constitute only one issue. » In other words, the fact that QPIRG’s existence is threatened by the opt-out process is irrelevant to the J‑Board ; the only thing that matters is how students understand the issue. The ruling cited no examples of a survey showing a majority of students did not understand the logic of the referendum question ; it provided no justification for how it decided that the question placed an « undue burden » on a reasonably informed average voter. In fact, the reasoning behind the referendum question as it stood was well publicized.  The whereas clauses of the referendum itself outlined the reasoning for the structure of the question. QPIRG volunteers spent 10 days campaigning around the referendum question, and the organization wrote letters in campus publications and received endorsements by a number of student clubs and services. The ruling cited no evidence that a “reasonably informed average voter” would be unable to make the link between the opt-out process and QPIRG’s survival. In fact, it did not even bother defining what constitutes being “reasonably informed”.

J‑Board is not a part of student democracy at McGill. Students cannot participate in a significant way in J‑Board procedures or have any influence on the decisions made. J‑Board in no way reflects the will of SSMU members. It should not have the power to decide how most students understand referendum questions or anything else, especially without providing a framework to support such a decision.

As the SSMU Board of Directors, the final decision remains yours — and so the responsibility to respect the Fall Referenda falls squarely on your shoulders. 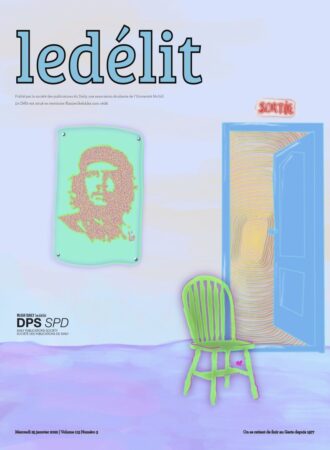